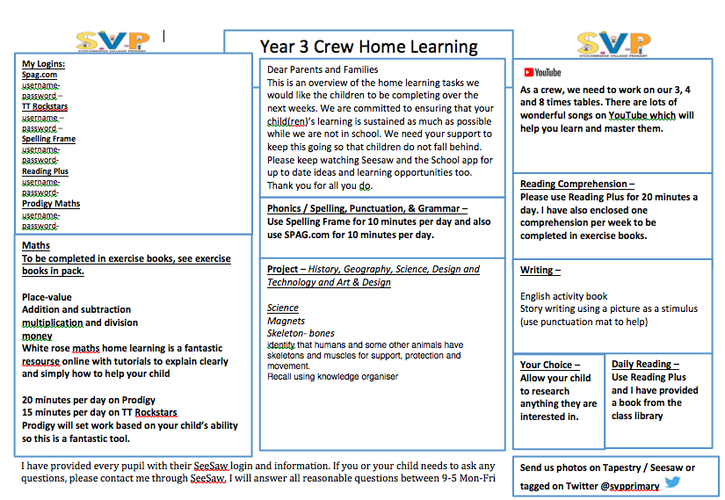 Home learning will consist of learning all that is provided in our Knowledge Organiser.

The children are encouraged to use the following Apps :

These can be accessed online and the children have all been issued with individual passwords.

I will be available every day on Seesaw where I will be posting all home learning information for both Parents and children.

Land of the Pharaohs

‘Land of the Pharoahs’.

We will have to answer the essential question…

EQ: “What and who were the most important Rituals and Rulers in The Land of the Pharoahs?”

The Learning Targets for this project are to answer the following:

Our project will begin by using a time machine presentation to take the children back from today through the ages to Ancient Egypt.

The children will continue to develop a chronologically secure knowledge and understanding of world history by learning about where and when the ancient Egyptians lived.  We will look at Google earth to find out as much as we can about the landscape of Egypt and then follow on from this by using maps and atlases to locate Egypt and the River Nile.

We will learn that a timeline is split into AD and BC and understand this by marking Egypt’s location in relation to the modern day.

Following on from this we will learn how important the River Nile was to the everyday life of the ancient Egyptians and how they knew how important it was to farming and growing healthy crops in it’s rich, black, fertile soil.   The children will investigate if it is still important to modern day Egyptians 5000 years later.

To understand how our knowledge of the past is formed and that different versions of past events may exist.

We will examine the question ‘How do we know what we know about Ancient Egypt?’

Then we will discuss the words archaeology, artefacts, buildings, tombs, burials, tomb paintings. The children will focus on archaeologist Howard Carter.  We will learn that after his death at age 19, King Tutankhamun disappeared from history until the discovery of his tomb in 1922.  Since then, studies of his tomb and remains have revealed much information about his life and times, making Tutankhamun one of the best known ancient Egyptian kings.

We will read an extract of Carter’s diary and look at the pictures from the tomb.  The children will then write a diary entry for Howard Carter on the day he first opened the tomb of Tutankhamun with Lord Carnarvon.

This leads into our next case study – mummification. The children will begin to understand ancient Egyptian beliefs about life after death and the notion of burial being hugely important for the Ancient Egyptians. The objects people were buried with were those that they held most dear and would want in the afterlife.

Discuss in particular the shear amount of preparation that went in to building the tombs – Tutankhamun’s was started when he was only 8.  This preparation was vital if they were to get to the afterlife safely.

To show their understanding the children will describe the process of mummification using words and pictures.

A trip to the Museum will be arranged where the children take part in a mummification workshop and a tour around the Ancient Egyptian area.

In case study 5, the children will look at Egyptian society and how it was structured like a pyramid. They will understand that the pharaoh was Egypt’s supreme ruler and that pharaohs were believed to be gods. The classes near the top of the pyramid had fewer people and enjoyed higher status.  The classes nearer the bottom had greater numbers of people but lower status. The children will understand that the classes at the top were very powerful and most came from noble families.

In our final case study we will look at the powers of different Egyptian gods.  We will learn that the Ancient Egyptians worshipped over 2000 different gods and goddesses and each one played a particular role in their lives.   We will use our research skills to find out about the different ones.

The sun god Ra will lead us into our science project on light.

Ancient Egyptians believed that writing was taught to people by the god Thoth and from this we will look at hieroglyphs and study the Rosetta stone.

During the project, we will be designing and making ancient Egyptian artefacts for our museum.

English across the curriculum: Anchor Text:

The anchor text we will use

‘ The Egyptian Cinderella’    by Shirley Climo

‘The Scarabs Secret’ by Nick Would

‘Inside Out Egyptian Mummy: Unwrap an Egyptian mummy layer by layer’   by Lorraine Jean Hopping

Our Legacy Outcome for the project will be to create an Egyptology Museum in the classroom for our parent tour.

We will compare the Nile to the Amazon River.